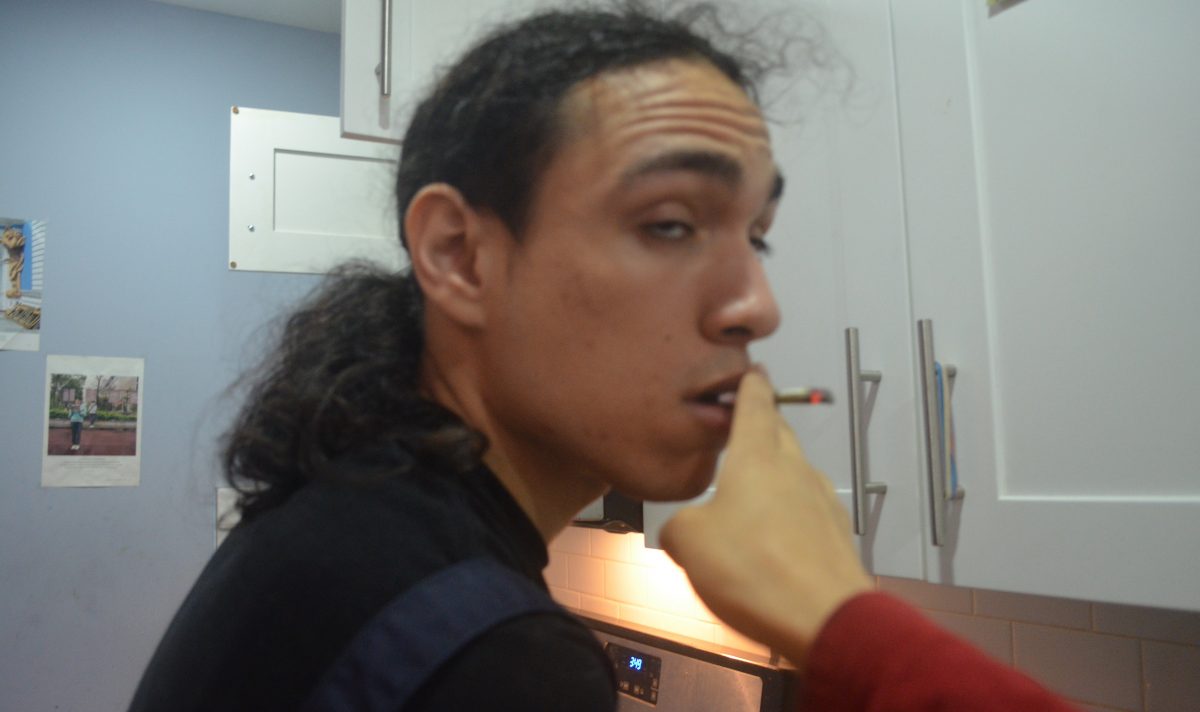 Want early access to these stories? Support us on Patreon for $5

Our music video ”Golden Boy”, released in January 2022, takes you inside our journeys as cannabis activists. Read on to learn more about our guitarist El Tres Da Nova and his relationship with the sticky green leaf!

I myself—by the skin of my teeth—evaded an arrest one Thanksgiving Eve in 2017 on a night out with my friends. Through an unfortunate series of circumstances, a group of police stopped my friends Cato, Mason, and I as we were about to get in our cars to drive home. After much grandstanding and brouhaha, they searched my car and found no drugs—but instead a tiny glass container in my inside jacket pocket with my favorite drug, “marijuana” residue, which they confiscated.

How has cannabis impacted my life? It’s hard to even know where to start. My activism for it has taken me all over the US and beyond; when all I had were dead-end jobs, my journalism on cannabis helped feed me; it’s inspired many of my songs, and fueled many band practices, concerts, and studio sessions; and forged and sustained many of my best friendships. The best part is–after many years and patience–I no longer have to hide it from my parents. My mom visited a cannabis farm with me, and my dad recently even joined a cyph between me and my stoner friends.

This was not always the case.

That night with Cato and Mason, we were lucky the police had much bigger fish to fry on the biggest drinking night of the year. But of the four friends who met and smoked together that night, two of us at different points over the years have been arrested for “marijuana possession” and battled through police, courts, fines, and a drug rehabilitation program to remove it from their records.

Although its my favorite drug, weed was something I had to hide throughout most of my life. For a guy like me—the son of immigrants from military junta Brazil and Soviet Russia, born in New York and raised in New Jersey—the idea of weed tolerance in my young adulthood seemed like a fantasy.

However, I know many people who went high to school, college, work, the movies, dates, the supermarket, band practice–you name it. Some people are great at hiding it, usually those who have been smoking weed for years and are well-adapted to knowing how to feign sobriety when needed.

Personally, I’m less skilled in pretending not to be high, because weed makes me act like such a goofball. I stutter more, I think harder when responding to questions, I’m more talkative, I drop things, I clown around—all telltale signs. But luckily for me, I also do all of those things almost as much when I’m sober, so most people who know me are just used to me acting strange.

Even as I write these words, the culture—and the policy—around cannabis is rapidly changing in both of my homes, New Jersey and New York. Both states finally legalized recreational cannabis, in 2020 and 2021 respectively. But throughout my lifetime, cannabis was not on the agenda and not acceptable.  Quite a lot of my friends, classmates, and other people I grew up with in New Jersey have been arrested, fined, and served probation or other criminal penalties for “marijuana-related” offenses. Most people I know encounter law enforcement while driving. Speeding and other minor traffic offenses are often a very easy pretext for police to try to search your person, your possessions, or your entire car for even a hint of drugs.

But remember that weed, like any drug, is a tool. It’s a tool that can make you more lazy, more creative, more energized, more social, more introspective—all depending on what you make of it. Learning to understand your relationship to drugs is, more than anything, a process of learning about yourself.